Your browser is out of date, please upgrade it.

This month the Government committed to the Committee on Climate Change's recommendation to hit net zero carbon emissions by 2050.

Core to this transformation is a combination of both low carbon technology, and also societal and consumer behaviour change.

These two things will also be vital in decarbonising our home energy supplies.

Renewable energy generation, enhanced battery storage, smart meters, electric heating and low carbon transport are some of the new technologies coming together to form a smart energy system. A system which will be greener and more decentralised, but that will mean a change in how we buy and use energy.

This is where consumer behaviour change will come in to support its development in the most cost-effective way. It will mean people being flexible in the way they use energy, and collectively playing an active role in the management of the grid.

Time-of-Use tariffs have long been proclaimed as the way to encourage households to use energy at times when it's most abundant, and to use less at the peaks. Delivered well, these tariffs will unlock flexibility in the grid and help us to decarbonise.

Smart meters are making these tariffs possible, as well as helping households to better understand and manage their energy use. Two essential things if we are to make the smart future a reality.

Without Time-of-Use tariffs, engagement and behaviour change it will be far more costly to decarbonise the energy system and make it fit for the future.

But will people be willing to take them up - or be flexible in their energy use?

This is all based on the assumption that these tariffs will be appealing enough for consumers to switch to them, and that price will be enough of an incentive to encourage behaviour change.

We asked people what they thought of Time-of-Use tariffs as an idea and what would make them more appealing. The reaction to the basic concept of a Time-of-Use tariff, where energy is priced differently at different times of day, was positive - with almost 50 per cent of people saying they found the idea appealing. A further third were unsure of the idea. Only a fifth said it didn't appeal.

Unsurprisingly, nine in ten people said that the tariffs would be appealing if they lowered your energy bills. But these savings would need to be significant, with almost half saying they would need to save between £100 and £200 a year.

This is perhaps an ambitious saving for most. Recent results from Octopus's Agile Time-of-Use tariff found that the most engaged customers were able to save £91 a year and up to £130 if they had an electric vehicle.

Imagining that these significant savings became the norm - this will provide a great incentive for many people to take up the new tariffs. For some, financial savings alone might not be enough, and other incentives will be needed. We also asked people how much of an incentive knowing the tariffs were good for the environment and the network would be.

So, communicating the message that Time-of-Use is good for you, good for the nation and good for the planet will be essential to help incentivise take-up as widely as possible. 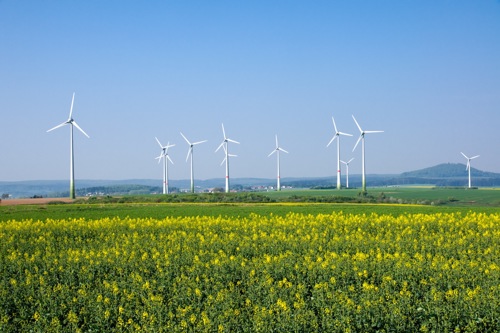 Tariffs to suit lifestyles, and not the other way around

Despite the positivity, almost 40 per cent of people said they had a concern. Worries that these tariffs would actually make their energy bills more expensive and they would be inconvenient, not fitting in with their current lifestyle.

Being forced to run the noisy washing machine at night or it becoming expensive to cook your dinner when you want to, are all legitimate questions people have. Reassurances can easily be given though through effective communication and engagement.

Alongside this, the tariffs will also need to be designed to help consumers engage with them. Automating appliances and smart charging will be one way. Another would be to have different options to serve different groups of people.

Automation has the potential to get over some of these barriers - so you can benefit from the tariffs without even thinking about it. Electric vehicles will charge smartly, drawing power when it's cheaper overnight. Other high energy use appliances can also be automated, such as washing machines or dishwashers too. This would in theory make it easier for people to get the most out of their tariffs with ease.

Automation may not suit everyone though, and there will again need to be trusted communications to ensure people are supported to engage. Passing over control to a home energy management system will be a big step for some, it will take time for trust to be built, and for people to build confidence in this new way of buying energy.

Getting engagement right at the start will be essential. Tariffs will need to be designed to work for different lifestyles and working patterns to ensure that they are appealing to as many people as possible. Good for me, and also good for Great Britain.

Delivering a smart system which works for consumers

Time-of-Use tariffs have huge potential to deliver better experiences for customers, bill savings and of course environmental benefits. Using tariffs like these is crucial to deliver a smarter, greener energy system we need to meet the net zero target.

This won't happen by magic. Good communication, trust and the right incentives all have an important role to play.

And with so many changes coming to our energy system, which will ultimately make it far more complex for consumers to navigate - the right support and communications must be delivered. Government should consider how an independent voice can tell people about the benefits and ultimately, mean we can get most from the new system.

Innovators also have the opportunity to deliver a new energy network which works for consumers. By designing tariffs which meet the needs of different lifestyles and working patterns there is a real opportunity to create a smart energy system that works for everyone.